5 Fandom Friday: Five Spin-offs I'd Like To See Get Made.

While I'm often disappointed in the execution of spin-offs, I love the idea of them.  I love the opportunity to dive back into a world I already love, to explore it further or in a new direction.  There are quite a few spin-offs I'd like to see get made (in fact, this topic was one of my submissions to the 5 Fandom Friday virtual suggestion box--though I'm guessing, since no credit was assigned, I wasn't the only one to suggest it!), so I really didn't have to think very hard to come up with a list for this week's prompt.  Here are the ones I would be most excited to see:

1. Firefly: The Next Generation

This is at the top of my list, hands down.  It's been over a decade since the show and the movie now, so I think it's highly unlikely we'll ever get a continuation picking up where we left off.  But...next generation, anyone?

I'll admit I've only read about half of the comics released, but I know that it's revealed in "Float Out" (which I haven't read yet) that Zoe, after the events of Serenity, is pregnant with Wash's daughter.  We know Kaylee and Simon didn't waste any time getting busy by the end of Serenity, so they probably popped out a few kids of their own, and surely Mal and Inara produced some beautiful offspring as well.  Add in a few of Jayne's bastards (you know they exist), and you've got a whole new crew to keep our beloved Firefly flying high.  Seeing Serenity back in the air (and on the air) would be my very favorite thing!  You can't stop the signal.

I'm one of the newer Whovians--I didn't grow up on the original series, but I found the new series during my second pregnancy and binge-watched all that was available (through Matt Smith's first season, I think) with my then-one-and-a-half-year-old (who, at four now, consequently still loves the TARDIS).  We got a "Torchwood" spin-off, which I enjoyed, but it definitely took a very different (and far less family-friendly) tone than "Doctor Who", and I'd like to see a spin-off more in keeping with the overall feel of its predecessor. 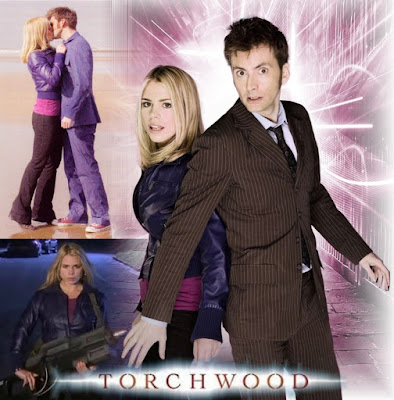 1) Rose's Torchwood: Ten is my favorite Doctor, so I'd love to see more Tennant in a series exploring the function of Torchwood in Rose's parallel universe.  As "Torchwood" (the show) proved, there's plenty for Torchwood to do without the Doctor, so I don't think that a human Ten, without his Time Lord-iness and TARDIS, would detract from anything, and I'd love to see more of the badass Torchwood Rose we got a taste of when she jumped back to help Doctor-Donna save the world. 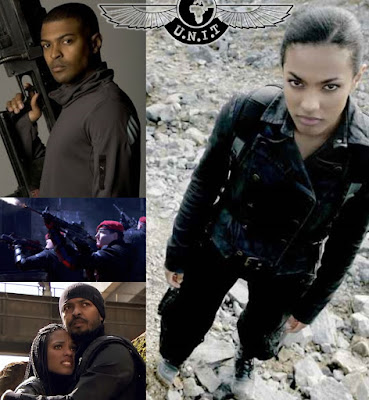 2) UNIT:  Martha is underrated.  I was heartbroken with Ten when he lost Rose, so Martha just couldn't compare for me either, and Donna remains my favorite companion of all time, but upon rewatching the series, I realized that Martha was actually pretty awesome.  Intelligent, resourceful, resilient, and determined, she saved the world when the Doctor needed her most.  And I always felt bad for Mickey after Rose left him for the Doctor, so I loved that we got that shot of him and Martha in "The End of Time".  I'd love to see a series delve into Martha's career at UNIT, her and Mickey's freelance alien-fighting, and how the two of them ended up together.

3. The Silmarillion: Beren and Luthien

Confession: My daughter's middle name is "Eowyn", but I've never even read The Silmarillion.  Though I loved The Hobbit and The Lord of the Rings trilogy, I've only skimmed bits of The Silmarillion, and just never got around to actually reading it in its entirety.  But since Peter Jackson just came off his latest Middle-Earth kick, I'd love to see him take some of the better stories (like the tale of Beren and Luthien) from The Silmarillion, and turn them into movies of their own.


More than just a love story, the tale of Beren and Luthien centers around a dangerous quest to retrieve one of the stolen Silmarils, and they both (yeah, Luthien's fairly badass, too) have to overcome obstacles and fend off bad guys (including orcs, werewolves, and Sauron himself) before they find a happily ever after together.  Just, please, Peter Jackson, if you do do it--stick to one movie per story! ;-)

I've wanted a "The Walking Dead" spin-off since I first discovered the show after its second season, as I was waiting for season three and dying for more zombie apocalypse to feed my newest obsession.  The whole post-apocalyptic survival scenario is fascinating to me (and, obviously, to hordes of other fans who have made the show such a hit), and I've always been curious how groups other than Rick's have fought for survival in the world created in the "The Walking Dead". I'm torn between wanting to see what's going on elsewhere in the world during the zombie apocalypse, and following up with some of the characters we've already met on the original show.  I've always wondered what happened to Morales and his family after they left for Albuquerque instead of the CDC, but even more, I'd love to find out how the fierce but good-hearted group we met in the episode "Vatos" fared after our characters' departure. 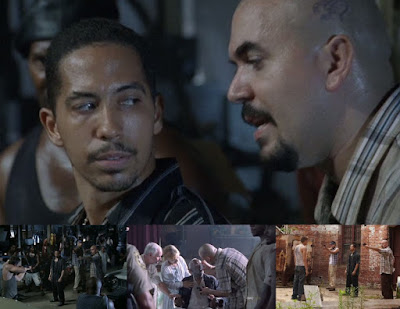 These dudes, scary as they first seem to be, turn out to be the only ones who stuck around to take care of the elderly residents left behind in this nursing home.  The selfless don't seem to survive long in this new world, but I'd like to see if Guillermo and his guys could have the strength to weather the inevitable turn we know so many of their patients will take, and everything that follows after a hit like that on a good group.  I'm rooting for them, and hoping Rick and the rest cross paths with them again. Fortunately, though we're not likely to see more of those guys, we are getting a spin-off series later this year, set on the West Coast, and this companion series will start before the current show did, meaning we'll get to see how the zombie outbreak began.  Dying to see it!

By Grabthar's hammer, I would love to watch the actual "Galaxy Quest" show.  Who didn't love the movie?


Rumor is, we may actually get a chance to see the show.  I expect it will be necessary to find a different cast--the movie, made sixteen years ago, was supposed to take place eighteen years after the end of the show's run--but hopefully the writers will find a good balance between creating a show that takes itself seriously as sci-fi (which the original was meant to have done) and maintaining the sense of humor that the original actors brought to the movie.