5 Fandom Friday: Five People I Want on My Side During an Apocalypse.

I'm a total sucker for post-apocalyptic sci-fi.  But while I love stories centered around surviving beyond an apocalypse, I'm not sure how cut out I'd be for that life myself.  I like to think I'd be able to handle it all right, but, per this week's 5 Fandom Friday prompt, I'd certainly have a much better chance of making it with these guys on my team: 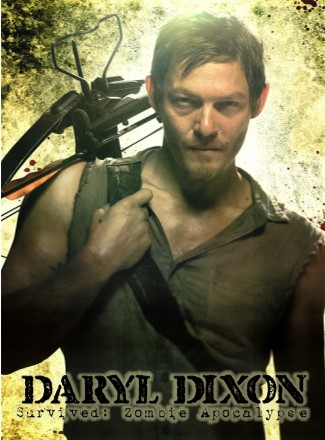 I'm pretty sure the only people who won't be recruiting Daryl Dixon for this week's prompt will be those sad souls who have never seen "The Walking Dead".  With the assumption that any sort of apocalypse--zombie, plague, robot, nuclear, etc.--will result in loss of modern technological comforts, the disintegration of government and society, and the paramount need to fend for oneself against both man and nature in order to survive, Daryl is thoroughly equipped to be a valuable asset.  His redneck upbringing may have left him a little rough around the edges, but it also gave him the hunting, tracking, and wilderness survival skills, along with firearm proficiency, necessary to make it in the post-apocalyptic wild (zombie-infested or not).  But more importantly, he's a decent person.  He's got the skills to make himself king of his own little hill once the world's gone to hell, but not only does he stick with his people, he nearly kills himself looking for someone else's little girl, makes formula runs for half-orphaned Lil Asskicker, and stands up to his own brother to save the family of a crying baby.  Instead of taking advantage of those weaker than himself, he protects them, and he never hesitates to do so.

If you're looking for multiple skill sets in a single member of your apocalyptic team, you won't find a better deal than Echo. 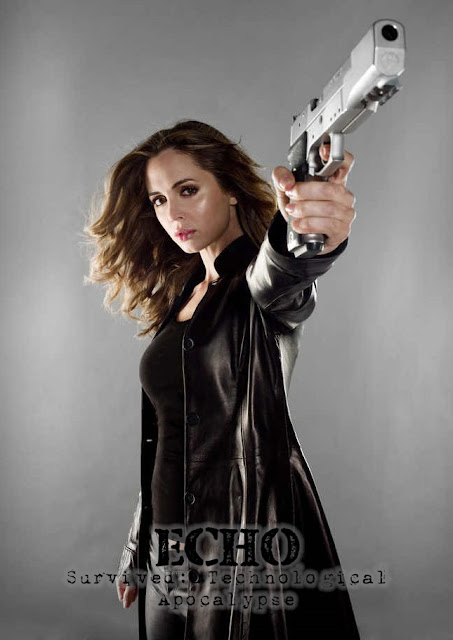 The basic premise of Joss Whedon's "Dollhouse" is that technology has been invented that can effectively wipe a person's memory/personality/skills, creating a blank slate that any "imprint"--a doctored persona with whatever memories/personality/skills are desired--can be uploaded to.  While most "dolls" lose all aspects of past imprints with each wipe, Echo proves to be an anomaly, as she somehow resists the wipes and can access any of her past imprints voluntarily.  Since her imprints include such valuable backgrounds as bodyguard, undercover agent, professional thief, hostage negotiator, nurse, and more, she has a vast set of skills that would certainly come in handy in any sort of post-apocalyptic scenario.  Additionally, the courageous and often altruistic nature of her original self, Caroline, bleeds into Echo, who finds herself wanting to help those around her and frequently fight on their behalf.

"Apocalypse--we've all been there; the same old tricks, why should we care?" 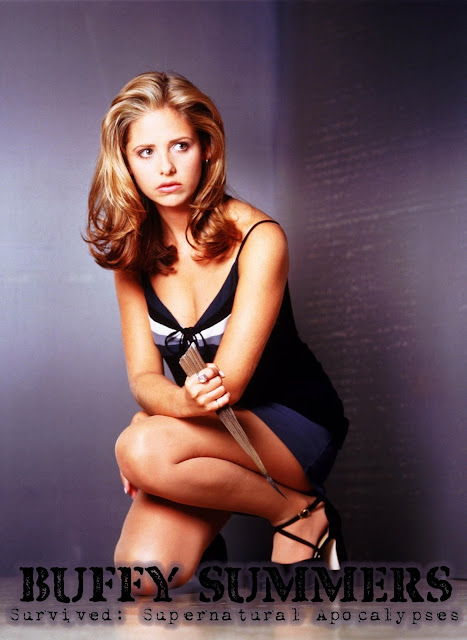 If you're looking for an authority on surviving apocalypses, Buffy Summers is it.  Beyond her usual vampire-staking and demon-killing duties, she's averted at least seven world-ending apocalyptic events, and survived two deaths besides.  There's nothing she can't handle.  Plus, she'll keep you dressing trendily, and provide the light-hearted-yet-snarky one-liners you'll need to keep a sense of humor amidst the bloody chaos that would otherwise swallow your sanity. 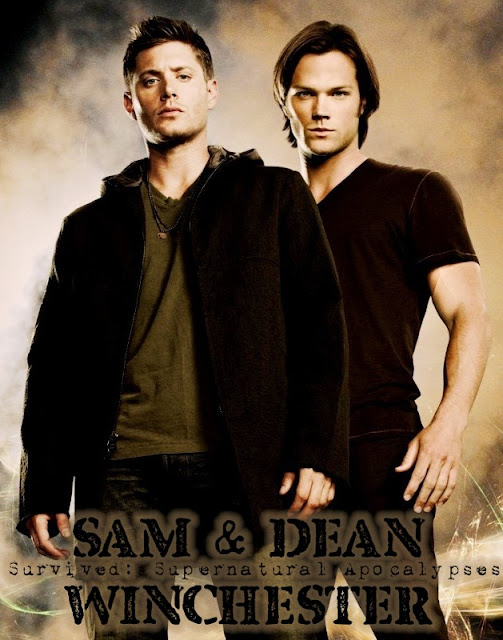 Since we're including the possibility of supernatural apocalypse, I would be remiss to omit the Winchester brothers.  Their apocalyptic-event-prevention count would definitely rival Buffy's.  They've warded off catastrophes of literally biblical proportions, gone to hell and back (heaven and purgatory, too), and died over a hundred times between the two of them.  I'm at least two seasons behind on the show, but I still saw enough to know that these guys are the top-notch pros at saving people and hunting things, in any type of apocalypse.

No power in the 'verse can stop her. Finally, I'd round out my apocalypse team with a little bit of lovable crazy.  River may be a bit of an unpredictable mess sometimes, but she comes through when she's needed.  And beyond her mad fighting skills, who knows what other tactical survival skills she may have been programmed with that would kick in in an apocalypse?  Plus, she can kill you with her brain.