Grain is the primary industry of District 9.  Little else is known of the district, and Suzanne Collins doesn't describe their bread, so I went with this produce-laden whole grain cornbread for the bread bowl of Panem.


I made some alterations to this recipe.


*I used less baking powder than the original recipe called for because I couldn't find corn meal that didn't already have baking powder mixed in...not sure if that's standard or not, but since the original recipe makes no mention of it, I had no idea if that had already been taken into account or if I should leave it out entirely.  So I just went with a little less extra than was called for, and it turned out fine with what I used. 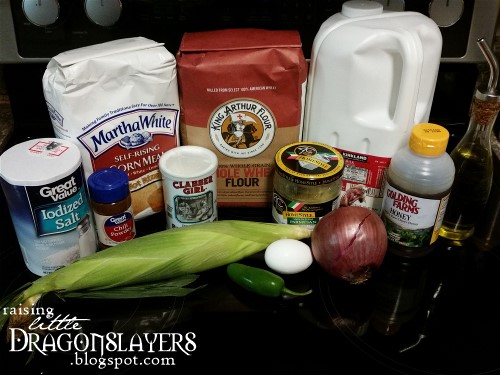 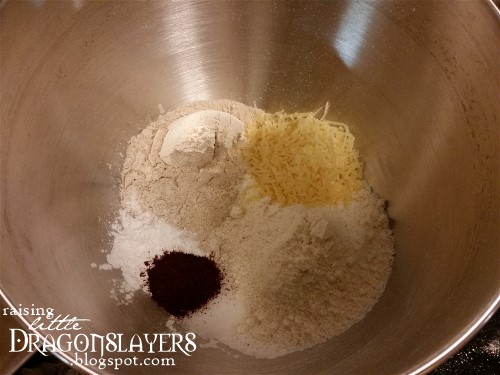 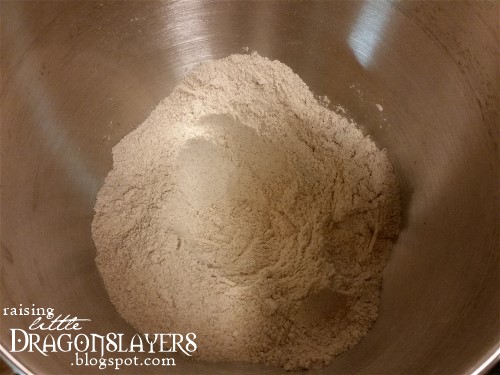 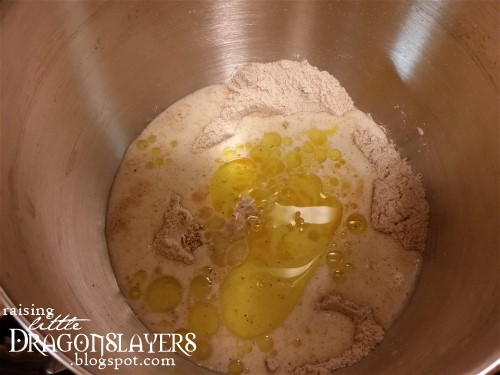 Mix well, until everything is sufficiently moist: 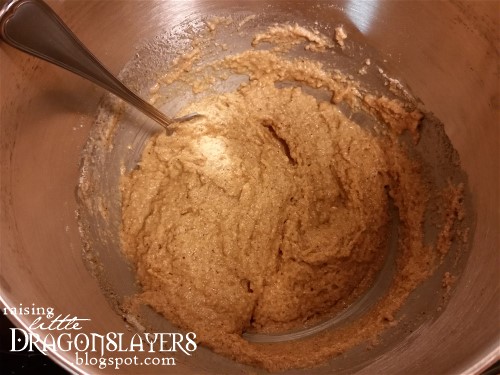 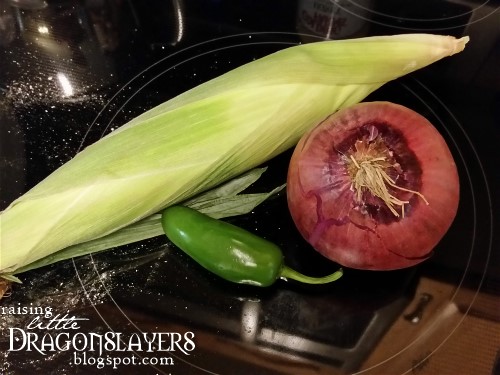 After husking the ear of corn, cut the kernels off the cob (I use a shallow pie plate to catch the kernels): 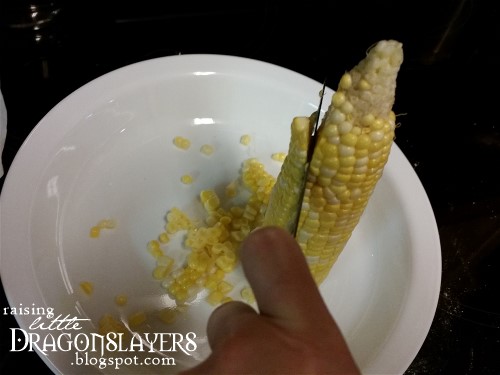 Mince about a fourth of the red onion: 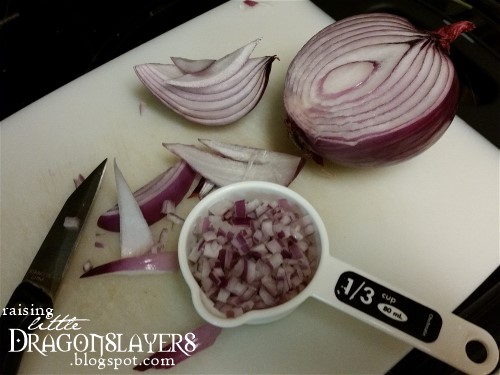 Cut the stem end off the jalapeño, slice it into halves or thirds, and cut out the middle with the seeds: 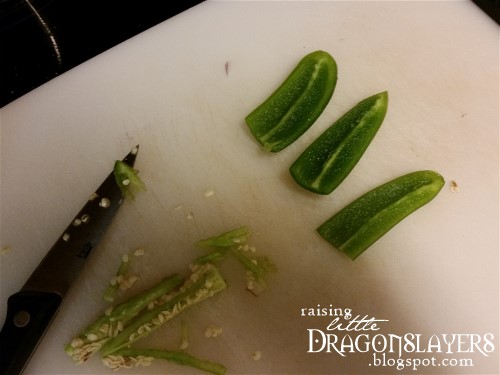 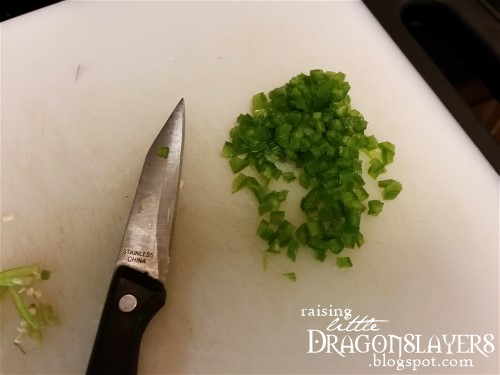 Here's approximately how much you'll end up with of your produce mix-ins:

Add the mix-ins to the batter: 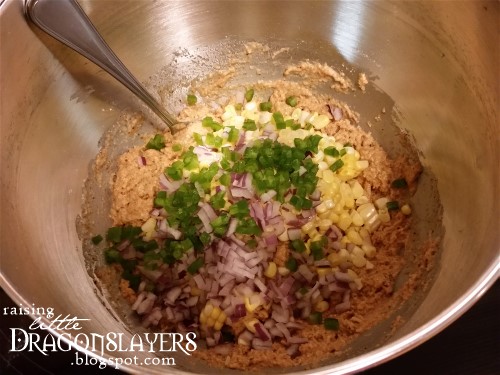 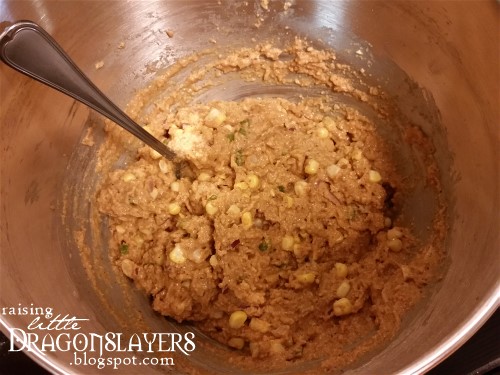 Preheat your oven to 425*F, then preheat your cast iron skillet for about five minutes in the oven: 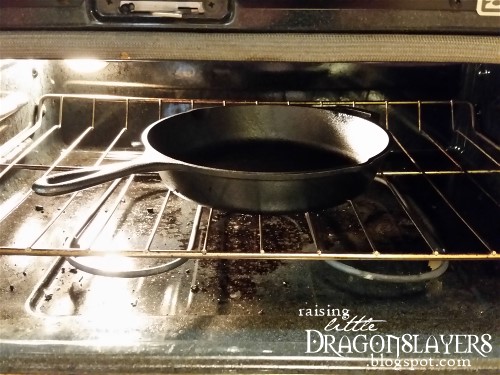 Once hot, spray the skillet with cooking spray (or grease with butter): 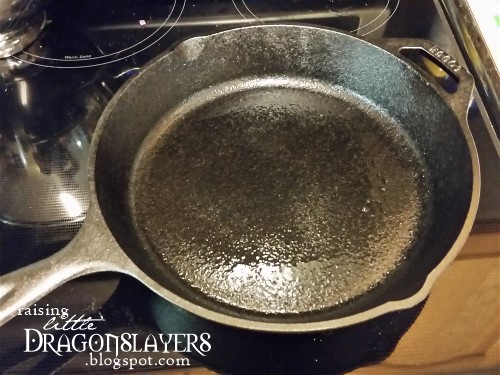 Spoon the batter into the skillet, making sure it fills the entire bottom: 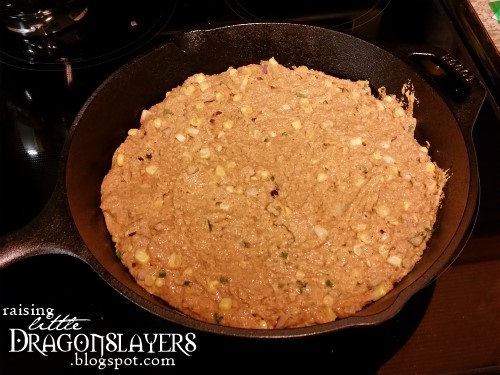 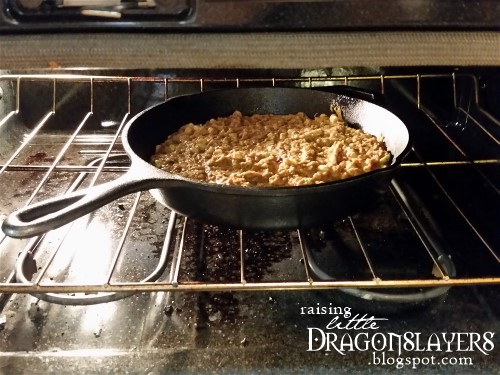 Remove when golden brown (or when it looks done...since it looks pretty brown to begin with...) : 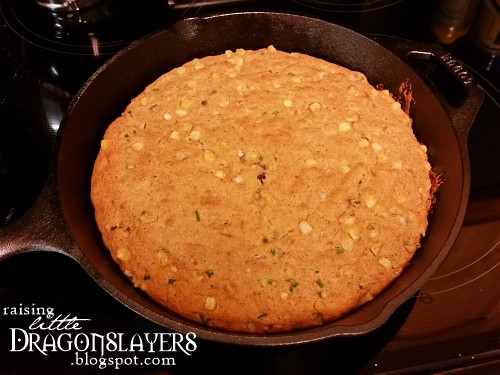 Remove from skillet immediately, by dumping it ungracefully onto a wire rack: 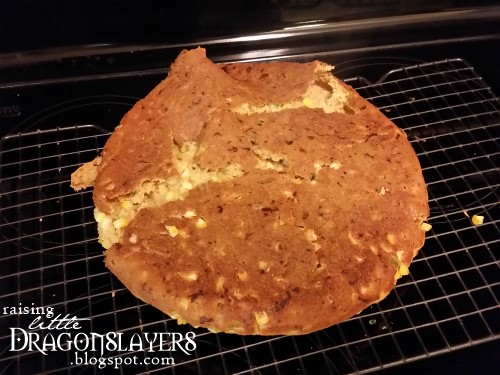 I figured the safest way to flip it over while keeping it intact was to sandwich it between a second wire rack and flip the whole thing over.  It worked: 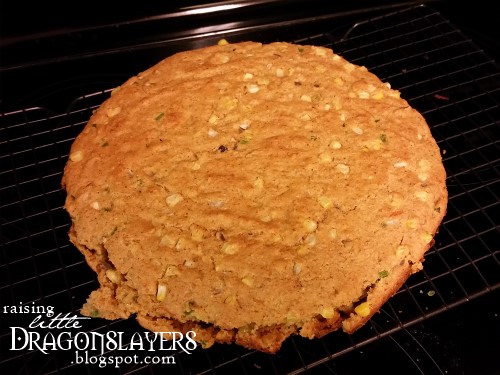 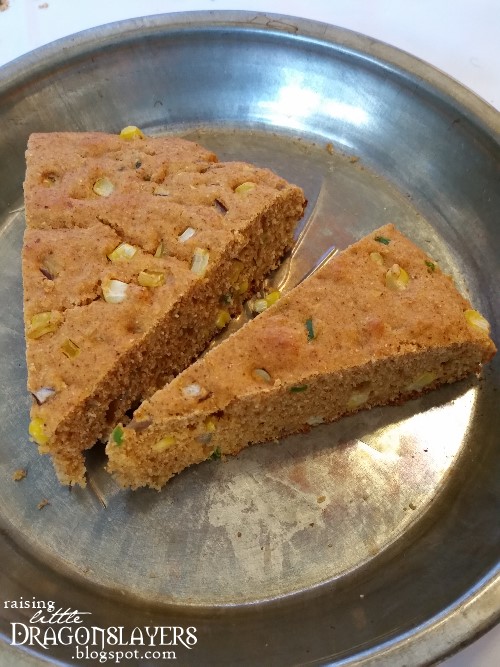 Can you find the Easter egg in the main photo?  Just one this time!

Ready for the District 8 reveal?

I know at least one was spotted by a reader...I left you with the hint that all three props I've used have been featured elsewhere on my blog.  Did you recognize any of them?  That's the White Tree of Gondor (LOTR) on a t-shirt (featured in this post, under #2) hiding under a thin black scarf (which reminds me of Arwen's veil at Aragorn's tomb, as well).  Next is the Sherlock-themed fabric I use for some of my Etsy products, with a design of yellow smileys on the wallpaper of 221B (featured on the Etsy page of my blog, as well as in my shop).  Last is the Musketeer tabard I wore for Halloween several years ago (featured here, under #1).

Let me know in the comments if you catch the Easter egg this week, or if you try your hand at District 9 cornbread!  May the odds be ever in your favor! :-)