Well, I got halfway through writing a different post yesterday, but then I spent the rest of my afternoon cuddling with my puking nine-month-old, both of us covered in vomit for several hours (it's pointless to try showering until he's done; as it was, I misjudged it and we ended up taking two showers). Full-time mom, right? (He's fine today. Apparently he hasn't outgrown his intolerance of/aversion to grains yet, so it was yesterday's lunch that set him off.)

So, instead of finishing that post (I haven't had time yet), I'll give you a brief update on that sign I finished last week, now that it's made it onto the wall alongside my menu board. 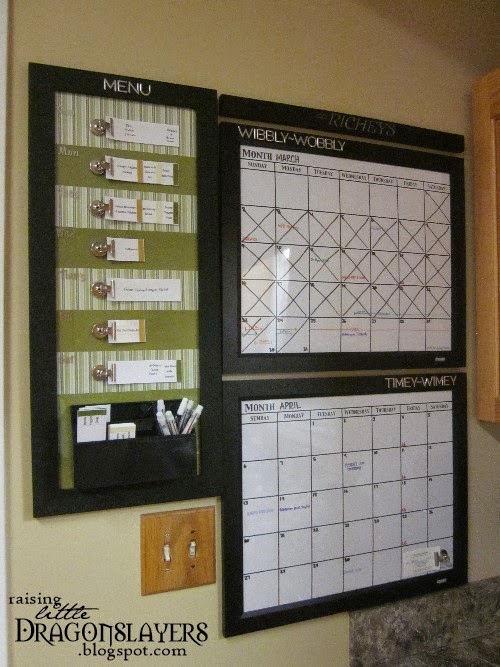