The rest of our command center (pictures coming soon!) is made up of things with black frames and silver lettering. So, obviously, this had to match. 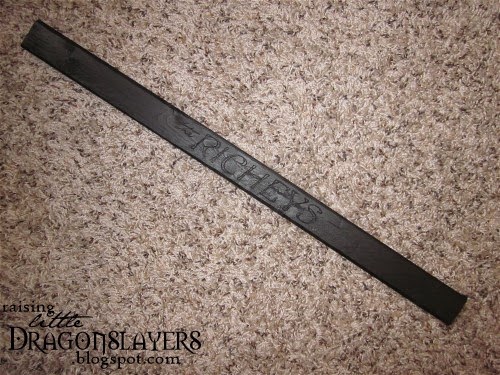 To start with, I spray painted the whole thing black. I made sure to get the sides of the piece as well, since there will be gaps on all sides between the sign and the rest on the wall. 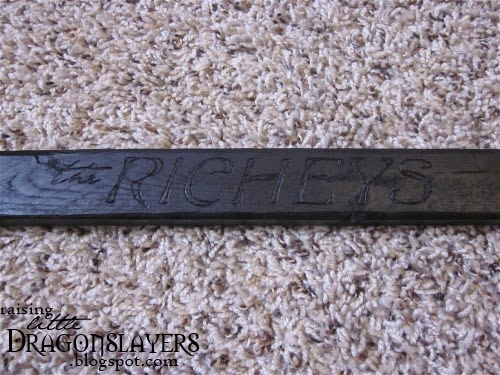 You can still see the letters burned into the wood under the paint; that was the idea. I didn't want to trace the letters over the paint, because it would be harder to cover up any mistakes; since I already had the wood-burning tool for searing ribbon (like I did for this project), this seemed like a logical alternative. 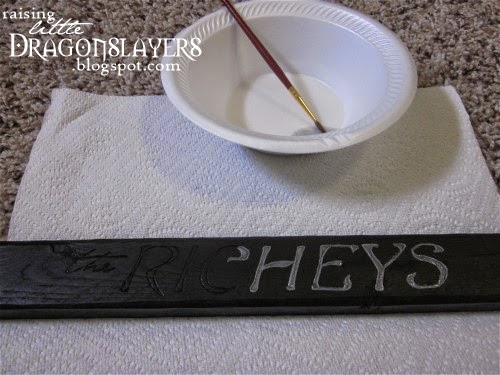 Next, I hand-painted each letter with silver paint. (I'm a lefty, so I started on the right side.) I did two or three coats on each letter by the time I was done. 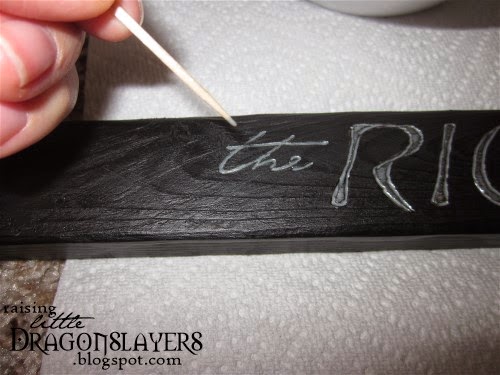 I used a toothpick for the smaller letters. 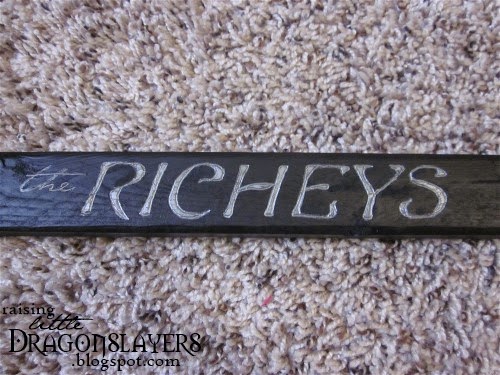 When the silver paint had dried, I went back with a small brush and black paint to touch up a few areas where the silver spilled out over the lines a bit. You can see the difference between the black paints close up, but it shouldn't be noticeable on the wall. 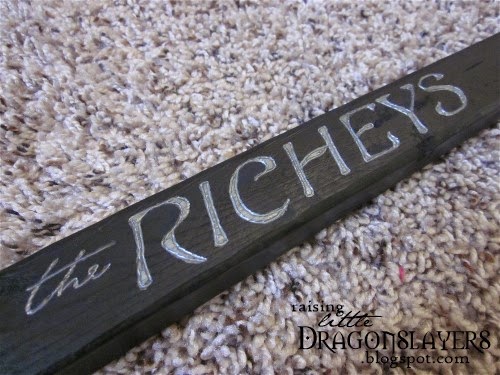 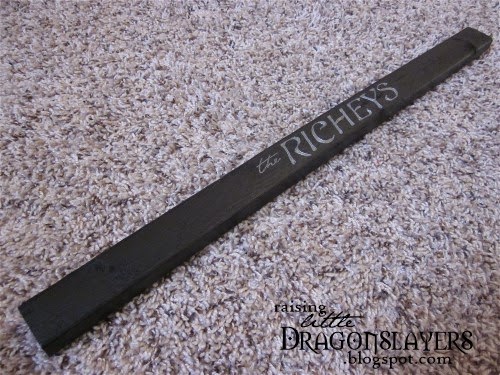