The weather here in Georgia is (off and on) warming up. We've had a few days warm enough for short sleeves....at which point I realized that Kaylie, whom we bumped up a size in late fall, had only four short-sleeved shirts that fit. But she also had three short-sleeved onesies, two gifted to us and one from a set. As you may recall from my Buying baby's wardrobe: What you need (and what you don't) post, onesies are great for kids before the walking stage (they don't ride up like tees do every time you pick the kid up), but tees are so much more convenient for diaper checks and changes, and now that Kaylie's potty-trained, there's no way I'm putting her in a onesie she can't undo herself. So I decided to hack them up! 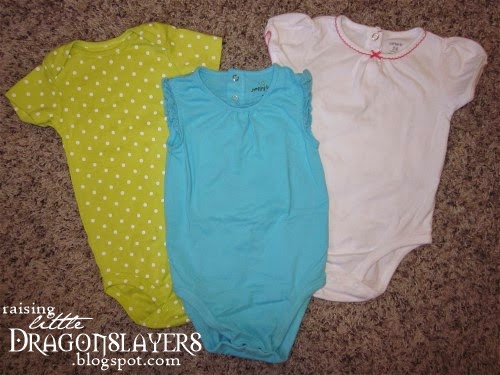 Start with the onesies your kid isn't wearing. 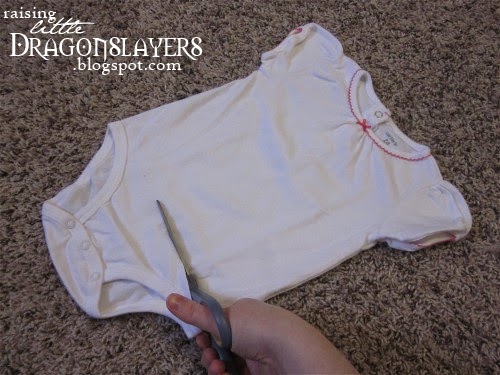 Cut just above the leg holes. 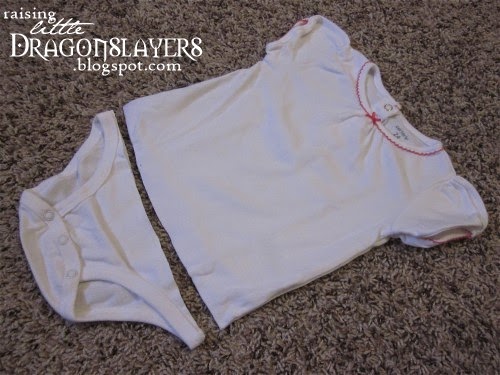 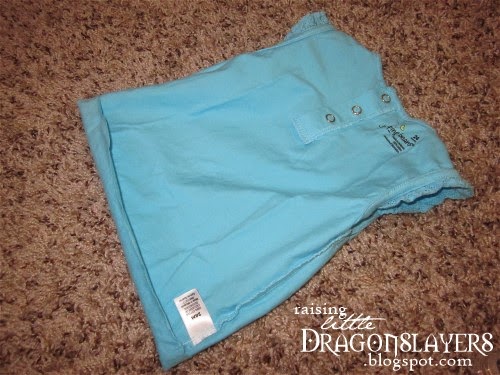 Turn the shirt inside out, and flip the bottom edge up. 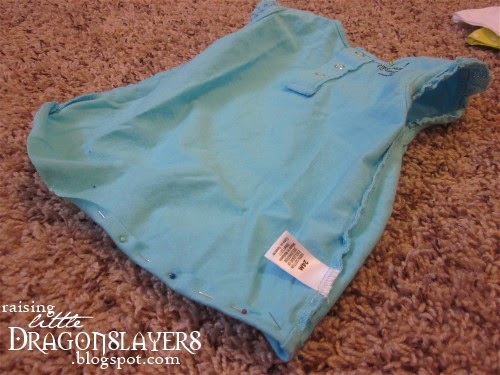 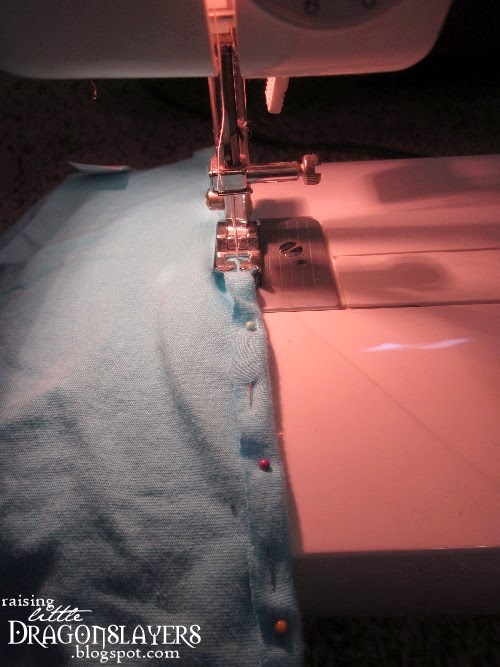 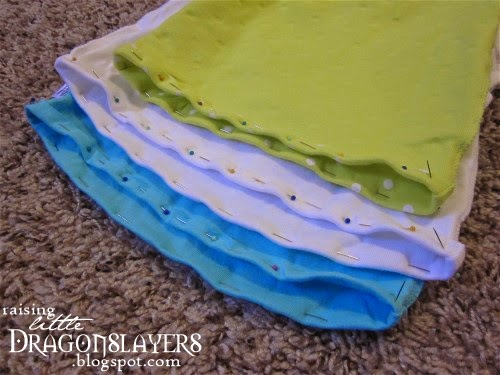 I totally pinned all of these the wrong direction, by the way--all the sharp ends were pointed toward me instead of toward the needle. Fortunately (unfortunately?), I do this so often that it doesn't even throw me off anymore. 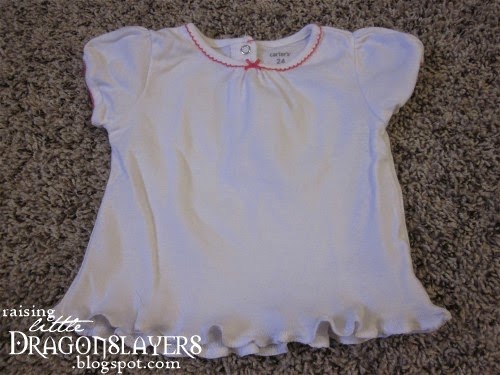 I stitched the white one first, and my tempermental sewing machine was not feeding the fabric correctly, so I thought I might be screwing up the hem while I tugged it along (if you're doing multiples, it's always a good idea to start with the one you like the least, in case it turns out like the proverbial first pancake). 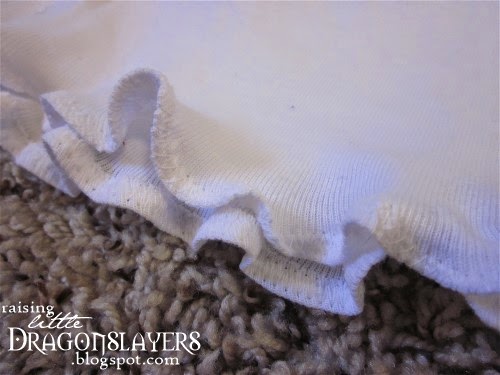 Instead, pulling it tight while stitching stretched it enough to end up with this suprisingly cute ruffly hem. I think it might be my favorite. 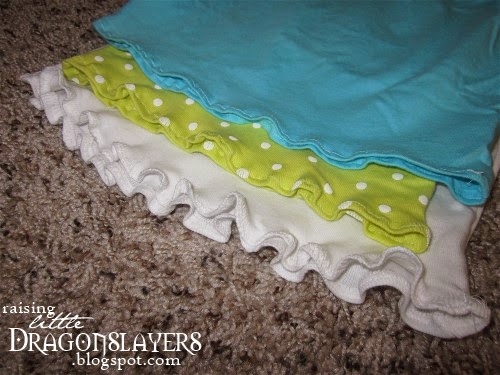 Normally, I'm a stickler for straight stitching, but this project was more about functionality and finishing during naptime, so it's not the prettiest sewing I've ever done, but it took less than half an hour to do all three. 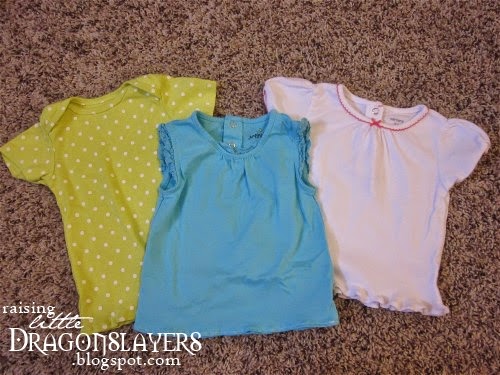